Four Souls of a Trickster

Well this is interesting: Four Souls of Coyote is a new animated feature film currently in production at Cinemon Entertainment in Hungary. Animation World Network showed us the teaser trailer. “Inspired by Native American folklore, the film retells the story of the universe’s creation. Billed as a call to live in harmony with the environment and save the earth, the film features adventures with animals, magic, hunger, greed, and the sacred circle of all creations… The film comes to Hungarian cinemas in 2023.” No word yet on a North American release, but the film is being produced with an English-speaking voice cast. 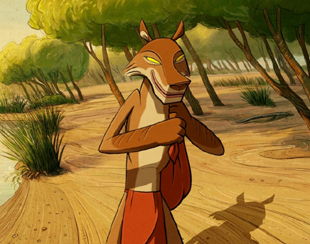