Disney is always doing so much; it probably makes sense that some of it would slip by us. Include in that category Delphine and the Silver Needle, a fantasy novel for young readers written by Alyssa Moon. It came out last year in hardcover. “When Delphine, a young orphaned dressmaker mouse living in the walls of Cinderella’s château, stumbles upon an enormous secret, it upends everything she thought she knew: The magical tailor mice of legend really existed. Racing to stay ahead of King Midnight, the fearsome leader of the rats who is bent on harnessing age-old magic, Delphine embarks on an epic quest to uncover the truth about the past. Joined by Alexander, the most pompous noblemouse in the royal court, she travels a perilous route, encountering strange enemies and unlikely allies along the way.” Silver Needle is available now, and the sequel book Delphine and the Dark Thread comes our way this August. 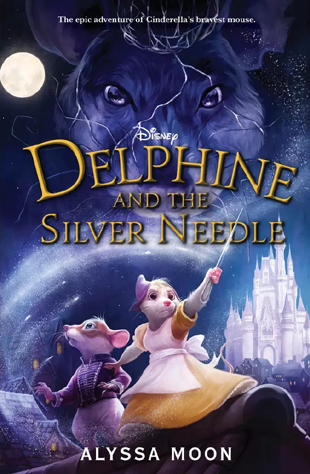 The Wonderful Critters of Oz

More interesting discoveries for young readers. Kirkus Reviews described The Hedgehog of Oz by Cory Leonardo as “The Wizard of Oz meets The Wind in the Willows“. The publisher describes it like this: “Marcel the hedgehog used to live with his beloved owner Dorothy, but since getting hopelessly lost, he’s tried to forget the happy home he left behind. Now, Marcel lives a quiet life in the abandoned balcony of The Emerald City Theater where he subsists on dropped popcorn and the Saturday showings of The Wizard of Oz. But when he’s discovered, Marcel is taken far away from everything he knows and ends up lost once more. His quest to return to The Emerald City Theater leads him to Mousekinland, where he meets Scamp, a tiny mouse armed with enormous spirit (and a trusty sling-shooter). Before long, they’re joined by an old gray squirrel, Ingot, who suffers from bad memories and a broken heart, and Tuffy, a baby raccoon lost and afraid in the forest. And the travelers attract the attention of an owl named Wickedwing, who stalks them as they search for the old theater. From field to forest, glittering theater to the gutter, the animals’ road home is a dark and winding journey. But sometimes you need to get a little lost before you can be found.” The book is available now in hardcover from Simon & Schuster.

More interesting reads we came across at this year’s L.A. Time Festival of Books. The Glitter Dragons — Dragon Girls is a new fantasy series for young readers, written by Maddy Mara. The first book is Azima the Gold Glitter Dragon.  “Azmina, Willa, and Naomi are thrilled to learn they’re Glitter Dragon Girls. Summoned to the Magic Forest by its magnificent ruler, the Tree Queen, the girls quickly find out their dragon-selves have unbelievable abilities. They can soar above the treetops, breathe glitter-y bursts of fire, and roar loud enough to shake the ground.With this newfound magic comes a big responsibility, however. As Dragon Girls, they are sworn protectors of the forest and must help keep it safe from the troublesome Shadow Sprites, who are determined to take the forest’s magic for their own.” All this and more are available now in trade paperback from Scholastic. Roar! 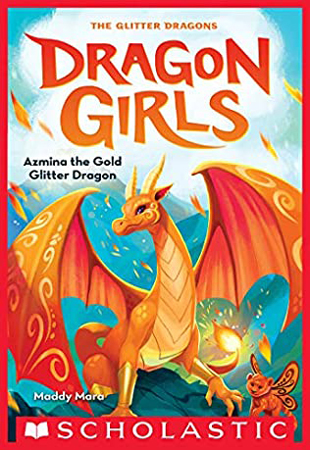 With temperatures down, and entertainment options becoming more and more—homegrown, let's say—it's a good time to catch up on that new-to-you material that aligns with your interests. Here are two of those lesser-known but deserving properties, marketed toward youth. For those of you who were sold on The Secret of NIMH, Redwall, and everything in between, at first view.

The Mistmantle Chronicles by M.I. McAllister has jacket flaps that compare it to The Wind In The Willows and Watership Down, although as you can see from the first installment's cover, there's much more of a Redwall yen in this series. As they say, though, DON'T judge a book by its cover, as the experiences of brave squirrel Urchin on the titular island carry their own identity. This flies in the face of origins that speak to many favorite role-playing games, as he evolves from his discovery on an empty beach to his eventual destiny in foiling a royal coup.

Camaraderie and species characteristics also run heavy in this, as in Redwall, however there is a noticeable amount of personification of reactive emotion and atmosphere as well, where dread and evil are given concrete outlines. Given my frequent mention of the property in the paragraph, you can gather the audience to which Mistmantle speaks. Dig on into this if you're part of that audience, since Miramax has purchased movie rights [albeit in 2004], and some sort of photo-play is probably not far off.

Another book series we came across: Dragon Mountain by Katie Tsang and Kevin Tsang. “When 12-year-old Billy Chan finds out his parents are sending him to a summer camp in middle-of-nowhere China, he doesn’t know what to expect. There he meets fellow campers Dylan, Charlotte, and Ling-Fei, and together they stumble upon an age-old secret: Four powerful warrior dragons, hidden deep within the mountain behind the camp. They have been trapped since an epic battle with the Dragon of Death and need the children’s help to set them free before terrible evil is unleashed on the earth. Billy and his friends must set off on a dangerous adventure that will take them to the heart of the Dragon Realm. But can they save the dragon and human worlds from destruction?” Several titles in the series are out now, available in hardcover and paperback. 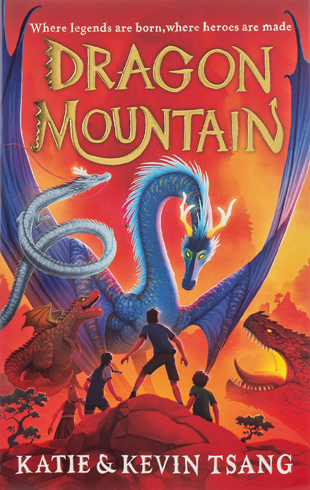 A new sort of animal: 'Lady into Fox', by David Garnett

I don't feel the need to justify bringing up David "Bunny" Garnett's 1922 short novel Lady into Fox in a furry context. As the title suggests, the story involves a lady who turns into a fox. Technically, it is not a story about an anthropomorphic animal, and is in fact about the direct opposite of that, a zoomorphic human. Of course, this is a nitpick. I doubt anyone cares. On the point of genre, however, there is one area where I would like to make a rather more controversial "take" on the subject matter. Though the novel was a bit unclassifiable when it was first introduced, with H.G. Wells (an author known for his use of anthropomorphic animals) praising it as "a new creation, a new sort of animal, let us say, suddenly running about in the world," a phrase that I imagine had him enthusiastically punching the air at his own cleverness.

More modern takes tend to classify it as a "contemporary fantasy". However, I find it to be entirely different: it seems nothing more (or less) than a tale of the supernatural; a ghost story whose 'ghost' merely requires a few scare quotes - or, put another way, a horror story.

The 2020 Leo Awards winners have been announced by Furry Book Review! (Their URL recently changed from furrybookreview.wixsite.com/blog to leoliteraryawards.wixsite.com/blog . This link, and many of the ones below, contain mature content.)

The winner(s) and nominees are...

The Cóyotl Awards are awarded annually by the Furry Writers' Guild to recognize excellence in anthropomorphic literature. This year there's a new award category! "Other Work", for things that exemplify the best in furry writing in a way that doesn't fit into the other categories.

The winners and nominees for 2020, who were announced on May 8 on Twitch, are...

Rights to Brian Jacques' Redwall series of novels have been purchased for adaptation by Netflix; there are plans to create a feature movie from the first, Redwall, as well as an "event series" based on the character of Martin the Warrior. The movie is being written by Patrick McHale.

The series spans 22 books (with a few picture books thrown in for the Dibbuns); if the first movie and/or series works out, Netflix has plenty of material to use. Redwall is popular among furry fans, as its entire world is filled with dressed, talking animals. The stories usually center around the titular Redwall Abbey and the adventures of its (mostly) rodent inhabitants, though the world is not limited to this one setting.

Peter S. Beagle, known for writing the classic fantasy novel The Last Unicorn, has finally been awarded $332,500 in a lawsuit against Connor Cochran. His lyrical language would need barbs for revisiting his career with Cochran, his ex-agent/publisher/business manager -- or whatever title was most profitable for the moment.

In the early 2000's, Cochran pitched himself as a savior to rescue Beagle from past mismanagement. As time went on it became clear that the manager's relationship was more vulturous than a healthy partnership. Beagle sued him in 2015. Four ugly years later, the ex-manager had been given a new title by the author's friends: convicted fraudster.

File770 covered the judgement, and Deborah Grabien, Beagle's friend and editor, wrote about the document on Facebook:

Below is the judge's final decision in Peter's suit... It's a thing of beauty. Peter won, flat out, on four of six causes. On at least one of the two Peter wasn't awarded, the judicial language makes it pretty damned clear that the only reason for that was lack of proof that Cochran did what he did with the intent to actively harm. Spread it far and wide, if the fancy so takes you. There's no chance of the dude in question going off on one of his patented "I WILL SUUUUUUUUE YUUUUUUU!" screeches, because this is the judge's final decision in this case.

The full statement of decision can be found here.

The Cóyotl Awards are awarded annually by the Furry Writers' Guild to recognize excellence in anthropomorphic literature. The winners and nominees for 2018, who were announced on May 24 at Furlandia 2019 in Portland, Oregon, are...

The winner(s) and nominees are...

Presenting the Leo Awards! Established in 2017 to highlight exceptional works of literature in furry fandom, it joins our other two awards, the Cóyotls and the Ursa Majors.

The Ursa Major Awards, established in 2001, are a recognition of furry media across several categories, only some of which are literary. Anyone in the fandom can nominate and vote. The Cóyotl awards, formed in 2012, are specifically literary, and are selected by members of the Furry Writers' Guild – although winners don't have to be in that group.

The Leo Awards have a different arrangement. It was founded by Furry Book Review, a multi-author blog started by Thurston Howl of Thurston Howl Publications (which is separate from the Awards). Nominations can come from the blog's reviewers, or from published authors with enough credibility. Reviewers aren't required to be writers themselves, so the prolific reader can have a say in nominating the stories they like the best.

The Cóyotl Awards are awarded annually by the Furry Writers' Guild to recognize excellence in anthropomorphic literature. The winners and nominees for 2017, who were announced on May 25 at Furlandia 2018 in Portland, Oregon, are...

Nominations for the 2017 Ursa Major Awards will open on January 11, the first day of Further Confusion 2018. The awards celebrate the best anthropomorphic literature and art first published during the previous calendar year.

Find out more details at how to participate at our webpage: http://www.ursamajorawards.org/