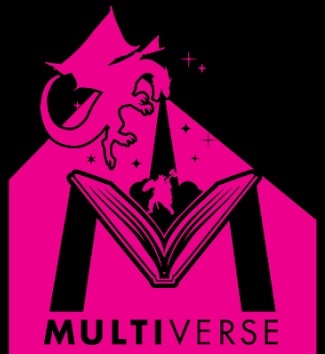 Editors Disclosure: This article has been posted by the communications director of the convention.
-----
Multiverse, a brand-new convention for fans of science fiction, fantasy, horror, comics, furry culture, and more, will hold its debut event from October 18th to October 20th in Atlanta, GA.

The convention, located at the Hilton Atlanta Airport, will bring together fans, authors, artists, and other creators, all of whom share a common passion⁠—genre fiction. Attendees can expect sci-fi, fantasy, and horror media, tabletop role-playing games, cosplay, and other beloved staples of “geekery” to feature heavily at Multiverse.

“Panel discussions, a fursuit festival, an art gallery, a gaming hall, and even a charity auction for the nonprofit RAICES⁠—it’s going to be so much fun, truly,” says convention chair Allie Charlesworth. “Whether you love Game of Thrones or Black Panther, the movie Get Out or Dungeons and Dragons or even My Little Pony, this is absolutely your con.”

Charlesworth considers Multiverse to be a new kind of convention. The event’s staff aimed to invite a wide spectrum of guests with myriad backgrounds, from bestselling authors to award-winning artists to some of the industry’s best costume creators. For that reason, while the convention is not strictly a "furry" convention, Multiverse staff notes that furries are welcome and have been integrated into programming from the start.

One of the convention’s stars this year, for instance, includes activist fursuiter Leilia Spaniel. Programming consists of panels such as 'Character Performance,' 'Werewolves in the Real World,' 'The Anatomy of Dragons,' 'LGBTQ+ in Fandom,' and 'Identity in Board and RPG Games.' You may remember her from the CNN Lisa Ling special.

As communications director, who am myself a furry, I believe we'd be completely amiss to put together a con of creatives and storytellers without including furries. Everyone on staff has been accepting and open-minded, and I think that's going to establish a kind little con for all nerds, including those of us who wear tails as a hobby.

The positive and welcoming atmosphere of Multiverse is especially important to the convention’s science fiction programming lead K. Ceres Wright, who wants to create an event that truly represents the modern fandom community.

“It’s a big ‘geek party,’ but we don’t want to get too huge,” Wright says. “We want the con to always be a place where you can meet creators and fellow fans and have meaningful conversations about the things in fandom that matter. We want people to know that no matter who they are, they’re welcome here.”

To attend Multiverse 2019, fans can register at the event itself or pre-register online for a discounted price at multiversecon.org/register. Multiverse also encourages donations of goods—furry-themed or otherwise—to their silent charity auction, the proceeds of which go entirely to RAICES (raicestexas.org).

My personal take on this would be that it is interesting that we're trying to get more broad nerd conventions going and that they are welcoming furries, and that's a good thing.

However, my guess would be that it would only be of interest to go for the full weekend if a furry is into the other items listed. If a furry just likes furry things only, it looks like that most of the activities that is directed toward furs occurs on Saturday.

It's an opportunity for furs to hang out and share their other hobbies with non-furries, which may be a unique opportunity, but someone more recluse may find it hard to get a footing, obviously.

Hope people take that opportunity, and that that segment can be represented and to grow, but obviously to allow the other groups to enjoy and be who they are as well (aka, don't 'take over' as it were).

Hi Sonious! Thanks for taking the time to comment. Totally appreciate the feedback, and I'll pass that onto programming for next year. (Seriously, I will—I'm carpooling with the director, so he'll likely get an earful of my ideas. Ha!)

I agree that reclusive or shy furries may have a harder time this year. I actually didn't think about that at all—d'oh. My target audience was...well, people like myself: furries who are more outgoing about it and who have broad interests. Like, I also really like a LOT of other things, too. So I appreciate that piece of advice as well.

No worries, good luck on the convention work over the weekend, hope things go smoothly.

I find mufti genre conventions a great place for furries to expand their horizons and bring the fandom to a wider audience. I have ran Fury panels in the past at defunct NewCon PDX addend our local anime con, Kumoricon. For many of us we have overlapping interest like I am a SF, anime and furry.

I have overlapping interests too, so I'm really happy we've set up a convention where I (and others) can explore that.

Sounds like it has all the elements (anime track too?) that I saw at PhilCon'98 (furry included), which is intended as a positive comparison. All one big fandom family, I like the idea of a convention that pulls back in the diaspora of fandom to a big tent and cultural core, because we're all connected and overlapping anyway.

We are all connected indeed. What I like about our writing panels, for example, is that they're genre-neutral. You can learn to write awesome flash fiction whether you're writing about tiger-people in space or humans!

No anime track this year, but it'll happen!

I wish them luck. From behind cover.

Now. EvErYBoDy ClAp YoUr HaNdS.

I wish them all the luck. The convention I started at, Duckon, was basically this during much of it's existence. Furries were welcomed in early on and did very well. Some still think furry was 'kicked out' of Duckon. That is not the case. It was simply that we started getting a large enough pecentage of attendees that it was starting to be difficult to provide enough resources to the other groups that made up the convention. The decision to split off was mutual and MFF couldn't have happened without a great deal of support from the Duckon crew for it's first several years.

Insuring none of the included groups get squeezed out may be the biggest challenge for them to manage.

Little Bean Tiger (also known as Polaris Bear) is a writer, on-off zoo worker, anime weirdo, and the Communications Director of Atlanta's MultiverseCon. You can find her on Twitter @chelseayrbff.